But the Watchtower is still adding! This same issue was addressed in 1961, although no “replacements” were recorded until years later. However, it is likely from among such [great crowd] that individuals are called to fill any vacancy ... 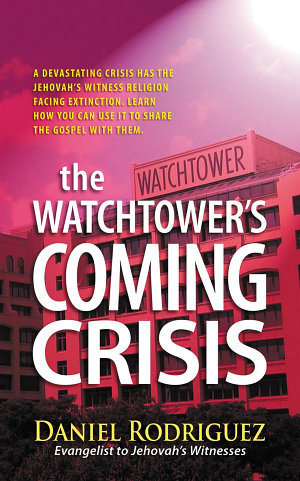 A devastating crisis has the Jehovah's Witness religion facing extinction. Chances are that you have never met a real “Jehovah’s Witness.” While those at your door may claim to be one of Jehovah’s Witnesses, their own publications plainly teach otherwise. So, who are the real Jehovah’s Witnesses? The Watchtower Society teaches that they are members of the 144,000 who will be the only ones going to heaven. Membership in this group began with the early apostles. Over the centuries others have been added but the Watchtower declared that the number was completed in 1935. Anyone who claims to be one of Jehovah’s’ Witnesses has to be one of the 144,000 and must be very old now. However, the Watchtower Society teaches that these are the only ones who hear from God and are responsible for Watchtower teaching and leadership. Because these people are dying, the Watchtower is facing a credibility crisis. So, the Watchtower is quietly manipulating these death figures to keep the Watchtower organization alive! And now, just last year, Watchtower literature quietly began to try to wiggle out of the 1935 closing date for the 144,000. But this only adds further opportunity for you to show the “JW” who comes to your door that he cannot trust the Watchtower with his precious eternal life. The Watchtower representative at your door believes he will remain on “Paradise Earth” after the coming Armageddon, since only the original 144,000 have any hope of going to heaven. In fact, they are the only ones allowed to take communion. He does not believe he can understand Bible truths without the Watchtower. He is dependent on a publication that, one day soon, will be left without writers to reveal God’s truths. Who are those writers? Those who remain of the original 144,000 and they are dying! Oddly enough, their founder, Charles Taze Russell, never taught the doctrine of the 144,000. In this book, you will learn the true history of this false Watchtower doctrine. You will be surprised to discover that this doctrine is not just a Bible issue. It is also a historical issue and a numbers game that the Watchtower Society has had to manipulate throughout the years to keep that organization alive! With the information and witnessing strategies in this book, you will be able to plant seeds of doubt and undermine the authority of the Watchtower. The Watchtower knows it is essential that this cornerstone doctrine remain alive if it is going to continue to exist as the spiritual leader for its followers. Time is the enemy of this teaching and they know it. 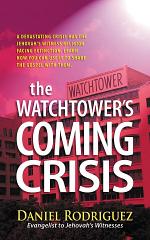 Authors: Daniel Rodriguez
Categories: Religion
A devastating crisis has the Jehovah's Witness religion facing extinction. Chances are that you have never met a real “Jehovah’s Witness.” While those at your door may claim to be one of Jehovah’s Witnesses, their own publications plainly teach otherwise. So, who are the real Jehovah’s Witnesses? The Watchtower Society 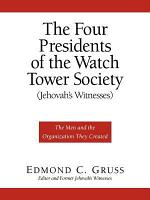 The Four Presidents of the Watch Tower Society (Jehovah's Witnesses) 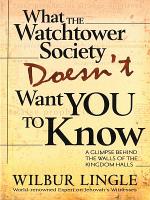 What the Watchtower Society Doesn't Want You to Know

Authors: Wilbur Lingle
Categories: Religion
Wilbur Lingle puts into layman’s language his many years of documented research about the inner workings of the society. Here is a true picture of what goes on behind the walls of the Kingdom Halls, a clear image of truth that the Watchtower Society doesn’t want you to know. 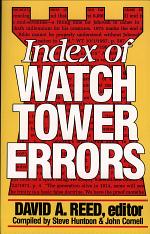 Authors: David A. Reed
Categories: Religion
Teachings of the Jehovah's Witnesses and how they differ from historic Christianity are documented in this study of Watchtower publications from 1879 to 1989. Helpful for having profitable discussions with Jehovah's Witnesses. 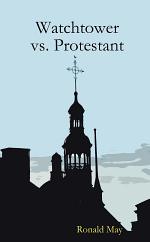 Authors: Ronald May
Categories: Religion
Books about Watchtower vs. Protestant